One study breaks it all down

The 2017 Cost vs. Value report by Remodeling magazine documents the national and regional costs and ROI (return on investment) for 29 popular home improvement projects.

Overall, these 29 improvements paid back 64.3 cents on the dollar in resale value.

What that says to the homeowner is that spending money to sell a home requires research.

The goal of improvements from a seller’s standpoint is to attract buyers and achieve top dollar on a listing. But finding the balance between updates and return isn’t that simple.

In a seller’s market, spending (significant amounts of) money on improvements for resale may not translate to added value. As the tide turns to a buyer’s market in the next year or so, agents will need to carefully track ROI numbers to advise sellers.

Those surveyed about the return on remodeling projects were licensed agents, so Remodeling Editor-in-Chief Craig Webb says the report is a reflection of confidence in the industry:

“I think that this year’s Cost vs. Value report actually reflects the general optimism that both re-modelers and Realtors have about the state of the housing economy. We are building more and more homes, slowly in this country, but that’s rising. Remodeling activity is as active as it’s ever been in history. And so, consequently, the prospects are good for everyone involved in the process: the consumer, the re-modeler, the Realtor.”

Why the top 10 doesn’t matter

National numbers don’t really mean anything to the individual homeowner.

Agents should drill down to regional or city numbers in this study to find more applicable ROI numbers.

“There’s variation by projects and variations by the cities,” Webb explained. “Sometimes it’s labor and sometimes it’s the perception of Realtors.”

That being said, there are some interesting national trends that may impact homeowners locally. Note that these projects are broken down into mid-range and upscale categories to account for building materials and finishes.

The No. 1 trend in this year’s numbers is that the subtle changes make for the biggest return on investment.

Remodeling compared these minor improvements to painting with “greige” —the popular mix of gray and beige that’s a subtle but wildly popular color this year.

The two highest percentage returns nationally came from low-ticket improvements under $2,000: attic insulation came in no.1 at 107.7 percent, followed by entry door replacement (steel) at 90.7 percent.

Projects that spoke to curb appeal had overall larger returns than improvements inside the home.

Windows at both levels gained at least 73 percent ROI. Siding was also a winner at 76.4 percent.

The bronze medalist in the top 10 is stone veneer — because it’s become so authentic-looking for a fraction of the cost of the real stuff.

Projects that involved a total replacement — such as windows and doors— scored high among the real estate professionals surveyed.

The takeaway for homeowners is that a broken or seriously outdated door should probably be replaced, even if the return is not 100 percent.

The same goes for old single-pane windows. This speaks to curb appeal as well as the first impression of a well-maintained home.

Year over year, the trends show that mid-range and upscale additions (except decks) saw less than 62-percent returns overall.

This doesn’t make one of these projects a “loser,” per se, if it makes life in your home better. Just don’t expect to make big money here.

There are two reasons to add on regardless of return.

First, the homeowner simply needed more room well before they were prepared to sell.

Second, the home was disproportionate to those around it (for example, a one-bath in a neighborhood full of two- and three-bath homes).

The biggest low-return project was a $12,860 backup power generator at 54 percent ROI. (It seems there are few believers in the Zombie Apocalypse.)

The second-runner-up loser is a $51,935 backyard patio at 54.9 percent ROI; the project includes 20×20 flagstone patio, sliding door, stone-veneer-surround outdoor kitchen, a gas-powered firepit, pergola and lighting. (Perhaps the lack of hot tub for that spend was the deciding factor.)

If you were to guess what buyers want, I’d put money down that most people would say updated kitchens and bathrooms.

A closer look reveals that in the kitchen, the cabinets were simply refaced, but all the appliances were replaced with stainless, energy-efficient models.

In the bathrooms, the replacements were pretty standard fare.

Both the bathroom and kitchen remodels with spends over $50,000 returned less than 65 percent (not surprised). Because these rooms are highly personal, spending a lot on one specific style could actually turn off buyers.

One new project that didn’t make the Top 10 but may become a growing attraction is a “universal design bathroom.” This bathroom includes such features as a walk-in shower, support bars and a wheelchair-accessible sink.

“Baby boomers are getting older and they’ve decided, for the most part, that they don’t want to move,” said Webb. “That means that they’ve asked themselves ‘Well, what does it take to live here?’ and ‘What do we want to do to change?’ Sometimes it’s putting the bedroom on the first floor, or putting in a walk-in shower.”

A Pew Research census analysis showed that 60.6 million people are living with multiple generations under one roof, the highest percentage since 1960.

It’s not unreasonable to speculate that the rising cost of housing and care will see more boomers and Gen-Xers bringing aging parents into their homes; at the same time, millennial children loaded with student loan debt are moving back into save for their own homes.

Getting what you paid for

Although all but one project on this Cost vs. Value report showed a profit-generating ROI, you could argue that not updating key rooms such as bathrooms, kitchens and front exteriors produces a greater negative result. How many buyers wants a “handyman special”?

As housing prices start to dip, this will come into play even more.

It’s a difficult lose-lose for some sellers who can’t afford significant updates but need to make money on their house. They’ll need some expert guidance to make strategic and cost-effective choices.

Regional patterns have remained the same year over year. The nation’s hottest market is the Pacific region, with overall returns at 78.2 percent and 10 projects with at least 90 percent ROI.

Conversely, slow markets in the Midwest brought in the lowest overall returns at 54.9 percent and no paybacks over 80 cents on the dollar.

“But if you go to Indianapolis, or the entire states of Wisconsin, Michigan, Iowa, Illinois, Nebraska and Kansas, there’s not a single project over 100 percent. However, all 29 projects returned over 100 percent in at least one region of the country.” 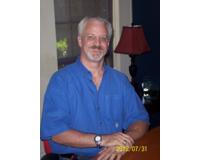 As a real estate agent since 2000, I enjoy helping others discover Central Texas and make a home here. Real estate in Austin offers many options to home buyers and I will make sure you explore every o....

Want to Advertise on this Site?

4 Ways To Improve Your Yard And Increase Curb Appeal

By Brooke ChaplanOne of the first things that people notice about a home is its front lawn, which adds to a property's curb appeal. A well-kept yard with tasteful design elements can attract

Poor plumbing conditions in your home can escalate to bigger problems such as flooding and accidents. On top of that, you'll most likely find your monthly water bills with exceeding charges.Avoid

Why You Need To Update Your Home Before Listing It

By Anica OaksA home purchase is often the biggest investment a person will make in their life. When the time comes to sell your house, you want to get the best price possible. If you explore one

If you're selling your home, you're likely trying to make as much of a profit as possible. Unfortunately, most markets are crowded and it can be difficult to stand out. If you want to get a good


Should you require assistance in navigating our website or searching for real estate, please contact our offices at 512-716-0300.

Corpus Christi Association of REALTOR® (CCAR) All information deemed reliable but not guaranteed. All properties are subject to prior sale, change or withdrawal. Neither listing broker(s) or information provider(s) shall be responsible for any typographical errors, misinformation, misprints and shall be held totally harmless. Listing(s) information is provided for consumer's personal, non-commercial use and may not be used for any purpose other than to identify prospective properties consumers may be interested in purchasing. The data relating to real estate for sale on this website comes in part from the Internet Data Exchange program of the Multiple Listing Service. Real estate listings held by brokerage firms other than Realty Executives International-Austin,Central Texas may be marked with the Internet Data Exchange logo and detailed information about those properties will include the name of the listing broker(s) when required by the MLS. Copyright ©2020 All rights reserved. Last Updated: April 7, 2020 7:24 PM Show More...

Central Texas MLS | Four Rivers Association of REALTORS® All information deemed reliable but not guaranteed. All properties are subject to prior sale, change or withdrawal. Neither listing broker(s) or information provider(s) shall be responsible for any typographical errors, misinformation, misprints and shall be held totally harmless. Listing(s) information is provided for consumer's personal, non-commercial use and may not be used for any purpose other than to identify prospective properties consumers may be interested in purchasing. The data relating to real estate for sale on this website comes in part from the Internet Data Exchange program of the Multiple Listing Service. Real estate listings held by brokerage firms other than Realty Executives International-Austin,Central Texas may be marked with the Internet Data Exchange logo and detailed information about those properties will include the name of the listing broker(s) when required by the MLS. Copyright ©2020 All rights reserved. Last Updated: April 7, 2020 7:24 PM Show More...

The information being provided is for consumers' personal, non-commercial use and may not be used for any purpose other than to identify prospective properties consumers may be interested in purchasing. Based on information from the Austin Board of REALTORS&reg. Neither the Board nor ACTRIS guarantees or is in any way responsible for its accuracy. All data is provided "AS IS" and with all faults. Data maintained by the Board or ACTRIS may not reflect all real estate activity in the market. IDX data last updated April 7, 2020 7:24 PM Show More...

By registering, you agree to our terms of use and that real estate professionals and lenders may call/text you about your inquiry, which may involve use of automated means and prerecorded/artificial voices. You don't need to consent as a condition of buying any property, goods or services. Messages/data rates may apply.